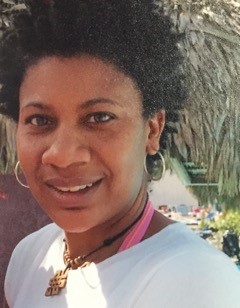 Deirdre grew up moving around the world with her government family, immersing herself in many different cultures and becoming a ‘child of the world.’ She received her B.A. in Business Management and Finance from Southeastern University and her degree and certification for Natural Medicine and Reflexology in Sweden, respectively. In 2000, Deirdre became very ill and saw countless doctors but none of them could figure out what was wrong. After returning home to Sweden, she learned that she had systemic mold toxicity and began a blood cleanse aided by naturopathic medicine and reflexology treatments. Within just a few days Deirdre’s symptoms disappeared and she felt like a brand new person. Her personal experience with natural medicine led to her decision to pursue a career in the area, and she strongly believes that integrative medicine is the crux of one’s entire wellbeing.

Deirdre is the Chief Financial Officer at Earley Wellness Group. She loves being part of a team of people who truly believe in the power of integrative medicine and are dedicated to the wellness of their patients. Additionally, she is the head of the Integrative Health Department at Paris Alexander Day Spa, where she practices reflexology and reiki and gives nutrition consultations. In her personal time Deirdre plays tennis competitively, sews and knits, creates pottery, grows her own organic produce, and cooks delicious meals to share with her family and friends.